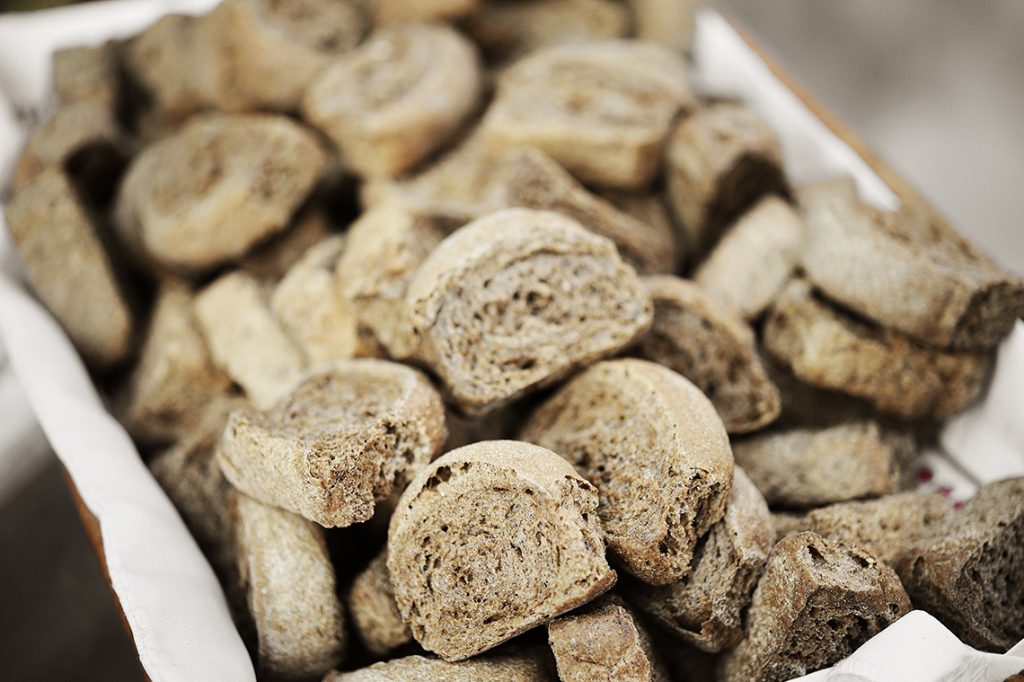 Given the morphology the island, it is easy to understand why barley rusks, or ‘paximadia*, are such an important part of the Cretan diet. As it is mostly a mountainous place, it is only natural for barley, a widely adaptable crop that flourishes on a high altitude, to be cultivated to the extent that it is. The Cretans were once either farmers or shepherds or fishermen and, due to professional obligations, had to be away from home for days. The women would knead bread and make paximadi, which the men could take with them at work.

The rusks were also made to be stored for long periods of time and thus, had to be completely dry in order not to attract bugs. This is why they were also so hard. The degree of hardness varied according to the duration for which they were baked. The traditional Cretan paximadi was thus, born out of necessity, made not only out of barley but also out of wheat, migadi (barley and wheat) and eptazima (a mixture of white flour, wholegrain flour, barley, chickpea flour and a variety of herbs).

Times have changed; the barley rusk is no longer a food consumed out of need. It has been recognized for its high nutritional value and has become an important part of the Greek diet, as it is tasty and also, high in fibre. This is probably why modern Cretan – and Greek – cuisine makes use of it in a variety of ways.