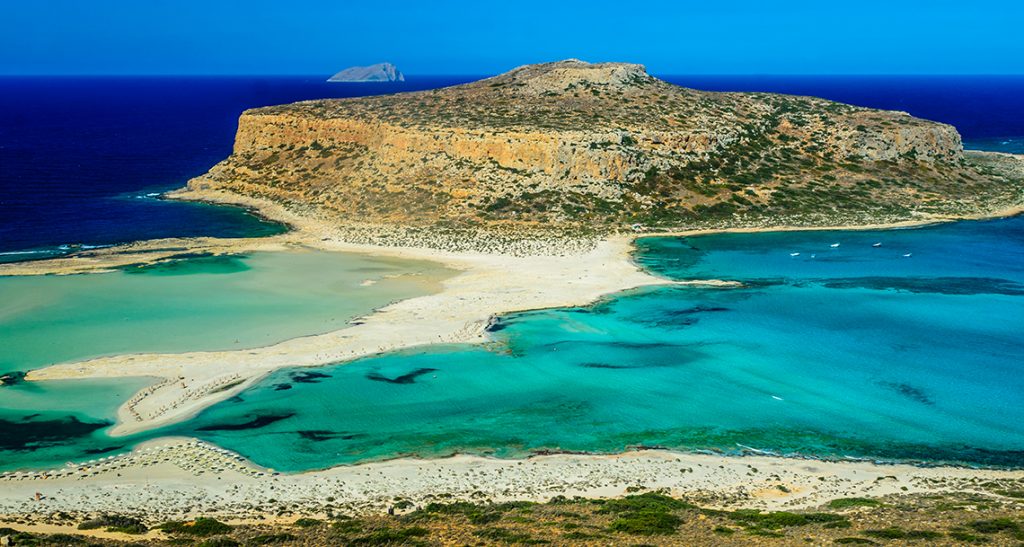 Given the longevity of its inhabitants, perhaps it is no coincidence that the name “Crete” derives from the Greek word “krataia”, meaning strong / powerful. Crete is located in the southern part of Greece, proximate to three continents, Europe, Asia and Africa. Spanning 260 km from east to west, it is the largest and most populous of the Greek islands.

Its high mountain range has bestowed Crete with caves, valleys and plateaus. It is a fertile land, with a climate that is almost temperate year-round – the definition of Mediterranean ambience. Agriculture has always contributed largely to the Cretan economy and it is one of the few Greek islands that could be completely self-sufficient, independently of the tourism industry. Apart from its traditional double-baked rusks, the island is also known for its honey, olive oil and wine production.

Once the centre of the Minoan civilization, the earliest recorded in Europe, Crete has a rich cultural heritage and has proudly maintained some of its original characteristics, evident in its language, customs, music, poetry and, of course, cuisine. Owing to its prominence during the Bronze Age, it features heavily not only in historical accounts but also Greek mythology. According to one myth, Zeus, the ruler of the Olympian Gods, was born in the Psychro Cave in Mount Dikti, while the palace of Knossos is the setting of two other popular myths; that of the Minotaur, the carnivorous part-man part-bull creature which inhabited the palace’s Labyrinth, and Deadalus and Icarus, the story of the father and son duo who designed the maze-like construction and crafted wings to escape when King Minos, the ruler of Knossos, decided to imprison them.

As resourceful and dynamic as ever, Cretans are permanently in love with their island and what it stands for. They are hospitable, cheerful, original and modern while, at the same time, preserving their traditional roots. Two of the highest values for Cretans are dignity and “philotimo” – the feeling of self-esteem that governs, not only day-to-day behavior, but every aspect of their life.